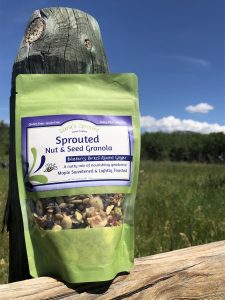 Diana’s Sprouted is a small family-run artisan food manufacturer. In fact, on any given day, you can find Diana working side by side with her daughter Autumn and granddaughter Emma. We are proud to be a multigenerational, woman-owned, family-run small business.

We are based in Durango, Colorado. Here in the cool mountain air, we are continually inspired to live a healthy, fulfilling lifestyle. In our small commercial kitchen, passion springs to life as we work to produce the tastiest, most nutrient-rich granola possible.

Meet Diana Swanger, the founder and owner of Diana’s Sprouted 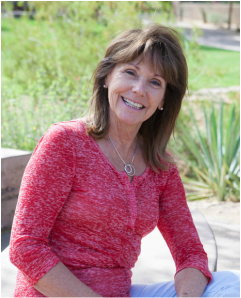 Diana’s Sprouted was born out of a personal desire to achieve better health and holistic wellness. Diana’s own dietary sensitivities and digestive challenges lead to a fascination with human digestion and nutrition. Years of research and experimentation revealed to Diana the exceptional nutritional benefits of sprouted foods, and the profound effects that sprouting had on her own digestive health.

With this new knowledge in mind, Diana embarked on a 2-year research and development project, starting in early 2013. By 2015, Diana’s signature recipes and sprouting techniques were perfected. Diana’s Sprouted began producing a line of grain-free sprouted granolas, which were marketed at local farmer’s markets here in Colorado.

Today, you can find Diana’s Sprouted granola in dozens of grocery stores around the nation, on Amazon.com, and right here on our website! As our business has grown, our mission has remained the same: To help our wonderful customers nourish their bodies with the most nutritious, tastiest granola available anywhere!

Free shipping for purchases over $50.00